There's really nothing in the world quite like the feeling of coming home. For me this year that's especially true, for more reasons than you might realize.

Less than a two-hour drive down I-65 from Nashville (my home again for the last 9 months) is my hometown of Huntsville, Alabama. Known by most people as "Rocket City USA"  for its U.S. Space & Rocket Center and huge role in the space program, Huntsville became Alabama's first incorporated town in 1811, though the recognized "founding" year of the city is 1805 - the year of John Hunt's arrival.

In the 1950s, Huntsville was known as the "watercress capital of the world", but thanks to Dr. Wernher von Braun and his team of rocket scientists Huntsville has been forever transformed into a place recognized for its place in the space program and also for its incredibly smart people.

But for me, it's a lot more than that. Born at Huntsville Hospital and raised mostly in the rural north side of town, Madison County roots run deep for me, though my accent has largely faded (according to most), and my family now all reside a little outside of town, from Madison up to southern Tennessee. Today, Huntsville is where my strong, brave, beautiful Mama is fighting cancer, as she visits weekly for treatments. So you see now, I have a lot of feelings this time around, driving back to preview Huntsville Restaurant Week.

After hopping off the interstate, once I began cruising down Highway 53 through Ardmore, Toney, Harvest, and into Huntsville, I always start to feel 16 again. The cares of the world somehow seem less when you're driving down memory lane.
There are many options in Huntsville for food enthusiasts like me, so I've compiled this guide to tell you where to Eat, Sip, Stay, and Play in this vibrant city.

Living in Huntsville, Madison, and Toney until I was 17 and moved away to college, North Alabama was the birthplace of Dining With Delia Jo. In my day and in my neck of the woods (feeling 97 years old right now), dining out was far more difficult. Living in Toney, we had to drive 15 minutes to meet a pizza guy halfway and thought nothing of driving 25 minutes just for fast food. It was a different time in my life, to be sure. While in those days we had our local favorites (R.I.P. El Palacio (fun fact: the blog post linked is my most popular ever on my site), Mr. Steak, Thomas Pit BBQ, Fogcutter, Pho's, and more), the dining scene was not a thriving situation.

For me, Beignet Cafe's beignets totally count as a nourishing breakfast. With two locations now it's easier than ever to get an authentic beignet fix in Rocket City. Want more than beignets? Add some biscuits with country gravy.

Those looking for a healthy start will enjoy downtown's Honest Coffee Roasters' array of colorful acai/smoothie bowls in addition to their stellar coffee.

Blue Plate Cafe opened in 2003 and aims to make diners feel like they're dining at their own Mama's kitchen table. With traditional Southern breakfast offerings, Blue Plate feels completely Alabama through and through. On Saturdays only,  try the Cocoa Biscuit - a hot biscuit with a scoop of butter drowned in scratch-made chocolate sauce (#thesouth).

I'm gonna hit you with a few of my old-school Huntsville faves on lunch and dinner. . . then share some places I got on good authority from HSV food bloggers so you can know what is newer and hotter in the Rocket City food scene.

Rosie's Mexican Cantina played a role in the beginnings of my reign as Queen of Queso, and I'd be remiss if I didn't tell you I ordered shrimp fajitas pretty much solely for the purpose of getting the "Mexican butter" on the side to eat with my rice and sop my fajitas in.
During our restaurant week preview, I was introduced to the Royal Rose Diner. With a menu rivaling that of a cheesecake chain that shall remain nameless, I was overwhelmed, yet ended up pleasantly surprised when they showered our table with a tasting of various menu items. Some standouts for me? The Saganaki, spinach dip, seafood crepes (restaurant week exclusive) and the desserts. 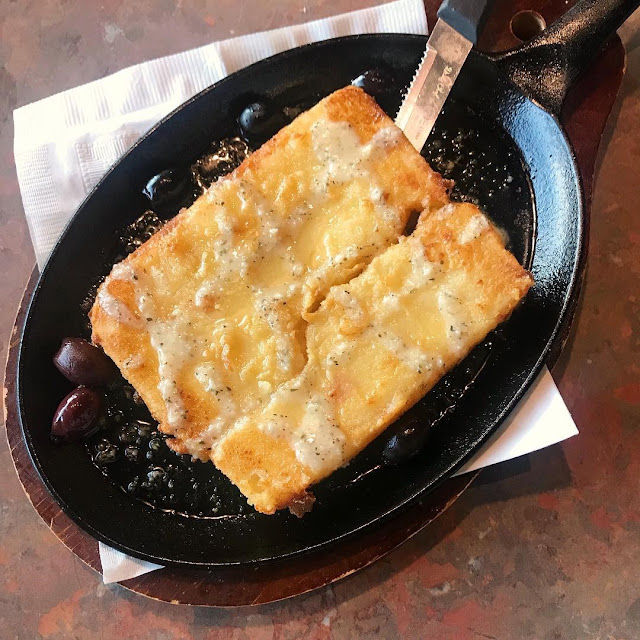 Cyn Shea's Cafe and Catering made me a quiche believer. The Mediterranean vegetable quiche is absolutely incredible.

Commerce Kitchen is one of James Boyce's Huntsville culinary concepts. I hold James Boyce as an absolute mainstay of Huntsville dining, as he holds experience from concepts around the country which I hold of the highest esteem. The industry veteran spent time at NY's Le Cirque, after graduating with top honors at the Culinary Institute of America. Anything Boyce puts his name on is something I am on board with, too.

Several food bloggers and locals alike told me I must add Melvin's Place of BBQ on Hall and Taqueria el Cazador to my list for a future visit, so throwing those here for myself as much as you guys,

Grille 29 was one of the restaurants that, when they opened in 2007, I could see that Huntsville might end up A-okay, food-wise. Thank goodness for the game-changers of Rocket City. A great spot for date night, anniversaries, or just plain good dinner, be sure and order the stuffed sea scallops, the grouper Oscar, the Scottish salmon brulee, and for dessert - the peanut butter truffle is hard to top.

Cotton Row, another of James Boyce's restaurant concepts, is home to one of my favorite desserts in life, the peanut butter and jelly in phyllo dessert. Strawberry compote, chocolate ice cream, salty peanuts, and marshmallow fluff - this baby is literally all of my favorite things (sans queso, thank goodness) spun into one stunning, unforgettable dessert. Everything else is stellar, too, but that dessert and the chicken they'll serve during restaurant week at lunch are two of my Top 10 Things You Must Eat During Huntsville Restaurant Week 2018.

Purveyor is newer on the scene and appears to be an absolute must if you're into craft cocktails and/or food. I've got my eye on a number of things to try on a return visit.
Ruth's Chris Huntsville is very popular among locals as a spot to celebrate special occasions. I'm a fan of the ravioli, the scallops, and the lobster mac and cheese, plus the gumbo. 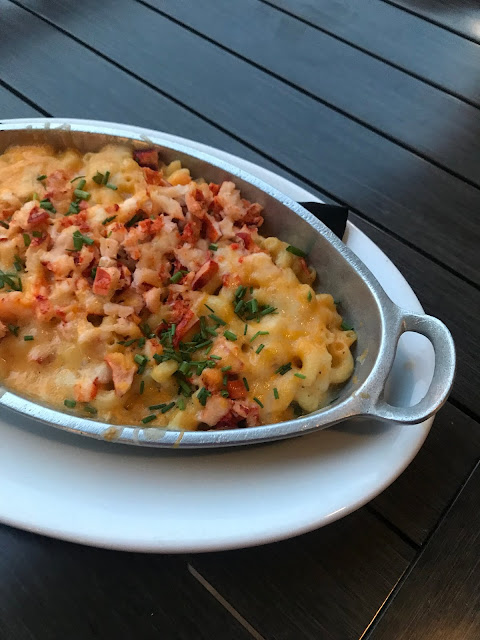 Nick's Ristorante feels like a throwback to the days when people actually made an occasion out of going out to dinner (happy to find that, because I still do). They serve steaks, seafood, and northern Italian cuisine alongside their popular cigar lounge. I'm super into the peanut butter baked Alaska, flamed table-side, plus the house-made gelatos. 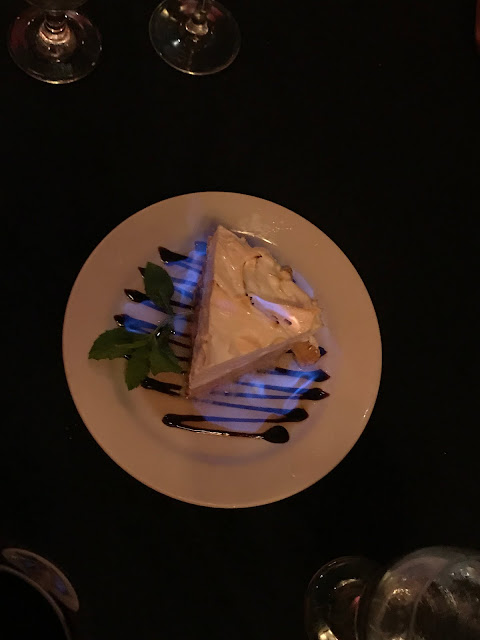 Alabama was the last state to legalize homebrewing in 2013, but according to my friend, expert craft beer and travel writer Bryan Richards, Huntsville has since become quite the happening place to go if you're into beer. Check out his article in Beer Advocate to find out where you should begin, and check out some of Bryan's other work here on his site.

The Westin Huntsville was my home base for my last visit. The lovely property is directly connected to Bridge Street Town Center, allowing rare walkability to a number of shops and restaurants, plus a movie theater. The hospitality of the staff was unparalleled, and they made sure our every desire was met and exceeded. The Westin Huntsville is the only AAA Four Diamond rated hotel in Huntsville.

Of course, any premiere visit to Huntsville should be launched (pun perhaps intended) with a trip to the U.S. Space & Rocket Center. In Huntsville, rockets were developed that put the first U.S. satellite into orbit and first sent men to the moon. Also in Huntsville, propulsion for the space shuttle was developed, and modules for the International Space Station were designed and built. It's easy to figure out that the space program put Huntsville on the map internationally, so a visit to the museum or its Space Camp is a great way to see the heart of Rocket City.

The Huntsville Botanical Garden has grown immensely since its opening in 1988. I can remember when it was being built nearly across the street from my grandmother's house, and when I revisited this month was floored by the vast space and beauty. The exhibits are fun and engaging. 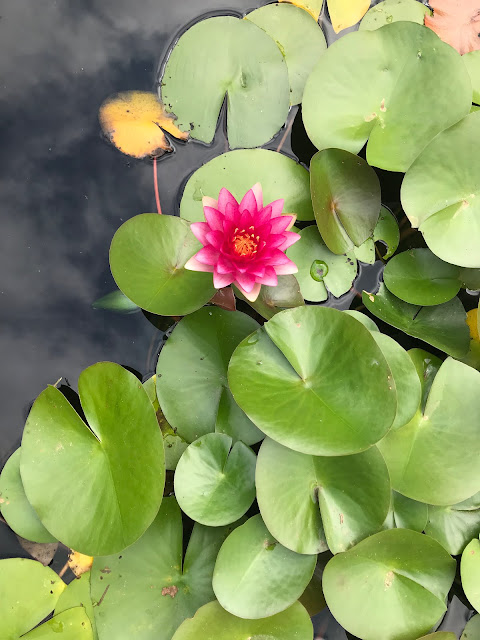 Shoppers, artists, foodies, and really anyone will enjoy a stroll around Lowe Mill. The former textile mill, the largest privately owned arts facility in the U.S., is now home to a variety of creators of all sorts. There are 148 working studios for over 200 artists and makers, 6 galleries, a theatre, and performance venues, plus of course, food and tea.

As my palate has developed (to my Mama's surprise) and I've matured through the years, I'm happy to report that so has Huntsville, and the culinary offerings are far more than the options of yesteryear.

We've come a long way - you and I both, Huntsville.

Head to https://www.huntsville.org to start planning your own Huntsville trip, where rocket scientist meets rural and launches new surprises with every visit.

*My trip was hosted by the city, but as always, all thoughts and opinions remain my own.