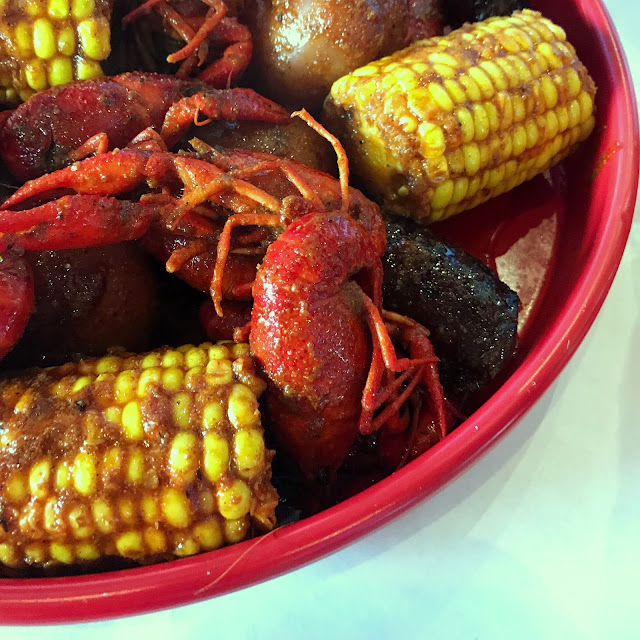 Shell Shack first opened their doors in 2013 in Dallas, a casual restaurant specializing in infused, steamed seafood that quickly became known for their naked or saucy seafood boils and also their fried fare.

The Plano location opened in 2015 at the SW corner of Park and the Tollway, bringing their coastal creations closer to those in Collin County.

I first happened upon Shell Shack when a few of us were looking for “late night eats” in Plano. Open until 1am seven days a week, Shell Shack fit the bill and got bonus points for offering far more than basic bar food.

Start your meal at Shell Shack with some raw oysters or their new crab tots, then decide whether you’re more in the mood for a fried platter or some boiled seafood and sauce. 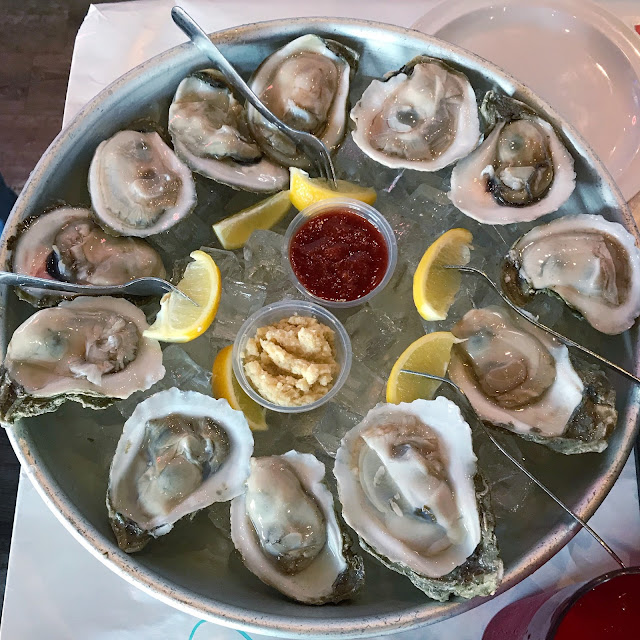 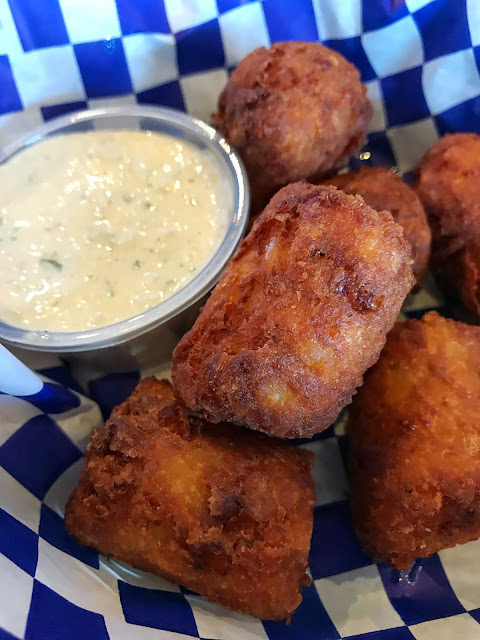 Have a whole crowd? Do it up right with some of each. Fried catfish and shrimp, buffalo and regular fried. Crawfish, shrimp, and exotic Bairdi crab plus some King or Snow Crab. And you have a feast truly fit for royalty. 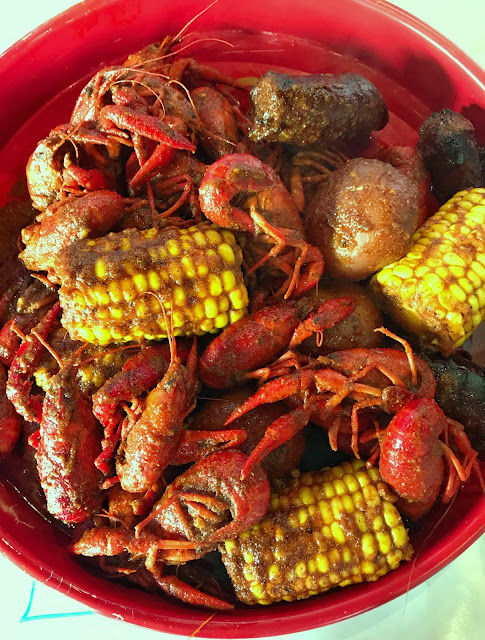 For your boil, choose mild, medium, hot or diablo. Then choose your seasoning of  choice. My favorite way is "kitchen sink" style with a little 'o everything in the bag, done medium or hot, depending on the taste buds of my dining companions. 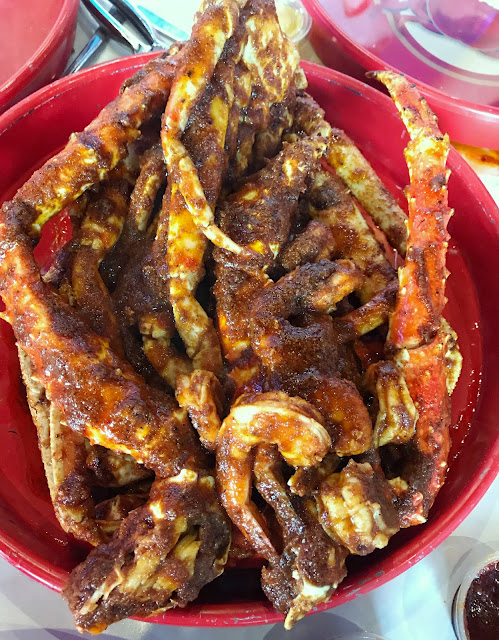 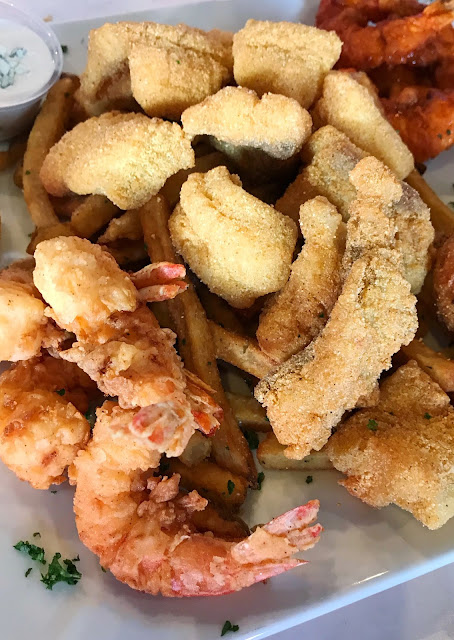 Still going strong after all of that shellfish? Fear not. The Carrot Cake is homemade and sitting pretty with a scoop of caramel gelato.


Visit one of their 4 locations in the DFW area.

Not near you? Don’t fret. Locations are coming soon to Denton and Fort Worth and rumor has it nationwide very soon. Oh shell yes. 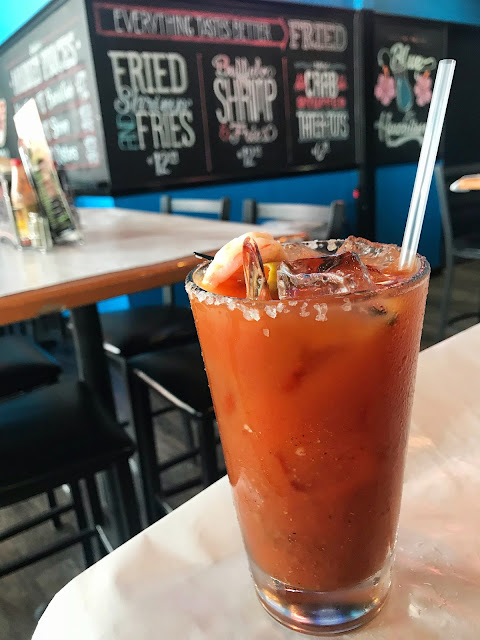 I've long been a fan of Razzoo's Cajun Cafe, a Texas born restaurant that features scratch-made Lousiana favorites. All locations are locally owned, and the 26-year-old restaurant has most of its locations in Texas, with one in NC, and some new spots TBA in the near future. Some of my favorite fried indulgences at Razzoo's are the "Rat Toes" on their appetizer menu. If you love a bit of spice, ignore the name and order up some of these jalapenos stuffed with shrimp, crab, then battered and fried, served with a Cajun Buttermilk sauce for dipping. And that's just scratching the slippery surface on all of the house-made delicious sauces at Razzoo's. National Hot & Spicy Food Day is Saturday, August 19, so in anticipation of that awesome food holiday, Razzoo's  invited us out for our own little sauce tasting, AKA Delia' Paradise. I was NOT aware that Razzoo's cooks up FIFTEEN different sauces in house, and once I found this out, I cou

This week a large piece of my childhood will be laid to rest. I know you think I'm being overly dramatic, but if you've ever had an iconic place where you've spend a large chunk of your life, I hope you'll understand where I'm coming from on this.  I have literally 24 other restaurant story deadlines to meet, but today the only thing on my mind is the news I received yesterday. I found out by a fluke (an owner's response to a Facebook review I'd posted years ago), and ended up having to be the bearer of bad news to my family and friends who also hold this establishment near and dear to their hearts.  The first restaurant I ever loved is closing their doors this week. This is my farewell. El Palacio opened in Huntsville 51 years ago, in 1966. Jimmy and Nonie McClure opened the very first location in Amarillo in 1962 in a remodeled gas station, after the Mexican food they added to their steakhouse menu started selling like wildfire. They wanted to 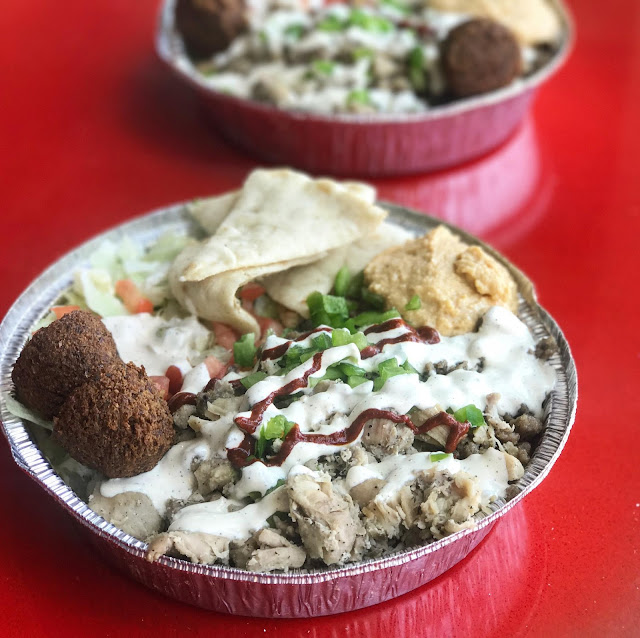 The Halal Guys recently opened their newest Dallas area location on lower Greenville, the third in the area. The company has plans to expand further in the DFW, with the next being in north Plano in the coming weeks. The company began as a street cart in NY and now has grown to locations throughout the US and worldwide. Talk about a success story! The Halal Guys is an excellent choice for those who want to eat healthy without breaking the bank. Wondering what exactly Halal means? I had that very question a few years back upon seeing it on a restaurant door, and googled away. I also recently wrote an article for Richardson Living explaining just that. It introduces the concept and talks a bit more about the Richardson location of Halal Guys and explains their menu.  The menu is the same at all locations of The Halal Guys. You go through the line, and build your own wrap or platter. Fill it with your choice of gyro, chicken, or combo, then load it up with toppings and sauce