I never knew what I was missing in life was an all-waffle restaurant, but that was before I took my first bite at the newly renovated Andy’s Bar. 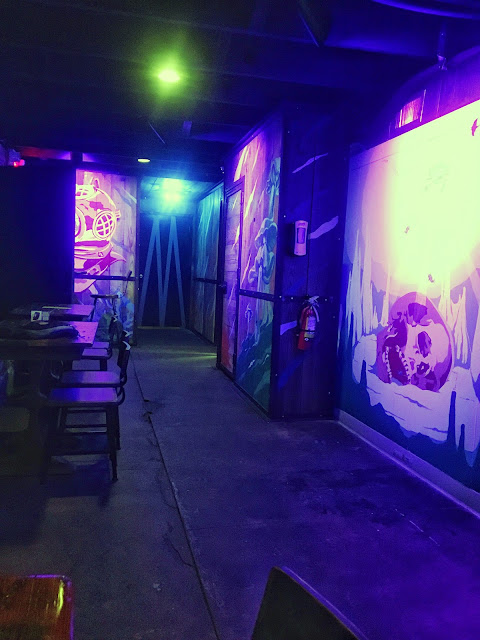 Tucked in one of the oldest buildings on Denton’s historic town square, Andy’s hosts events and an upscale cocktail bar. But turn the corner and take a few steps down stairs and make your way through the unmarked red door...And you’ve stumbled upon one of the best kept secrets in Denton: the most magical waffles-turned-tacos you could imagine. The basement at Andy’s Bar feels like an old school European wine cellar. A former favorite dive bar in Denton, the basement was recently remodeled to add some extra life to the place.

Andy’s kept the casual atmosphere, but Radical Hospitality Group (owners of Denton favorites Barley and Board and LSA Burger) has infused the stone-walled basement with their signature style, complete with murals from local artists.

The menu at Andy's is based entirely on their delicious waffle recipe. Huge waffles are folded with delicious combinations of toppings, anything from chorizo or pulled pork to banana and bacon. 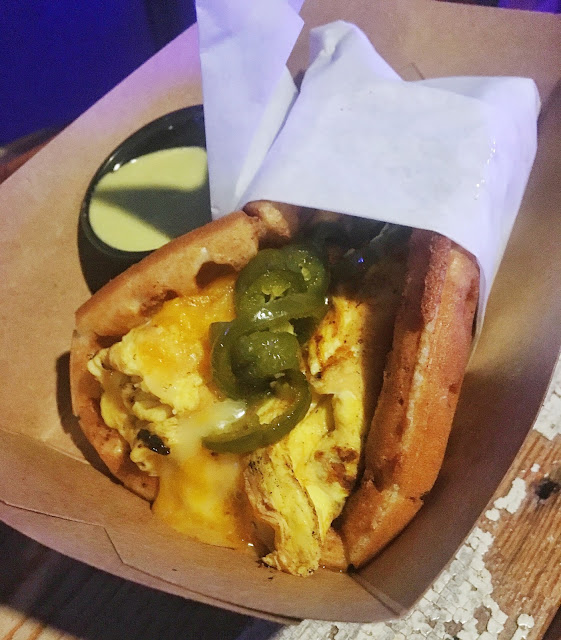 But when you sit down, the first thing you are going to want to do is order The Captain. Usually I’m all for the save-the-best-for-last approach, but when it comes to this waffle, you shouldn’t waste another second.

And if you want to remain friends with your dining buddies, make sure you each order your own, because sharing a bite this good can cause serious relationship problems.**

** Not that my husband and I had a very serious argument about who was going to eat the last bite.

*** He did. Not that I am holding a grudge or anything.

The Captain Waffle is filled with fried chicken in a Captain Crunch batter, topped with chipotle honey, monterey jack cheese, and coleslaw. Confession: I am not a fan of coleslaw. It’s usually too much of something-- too crunchy, to creamy, too vinegary. But on the Captain, the coleslaw makes the bite. The sweet and spicy honey combined with the crunch of the cereal and the vinegar slaw basically becomes heaven in your mouth. 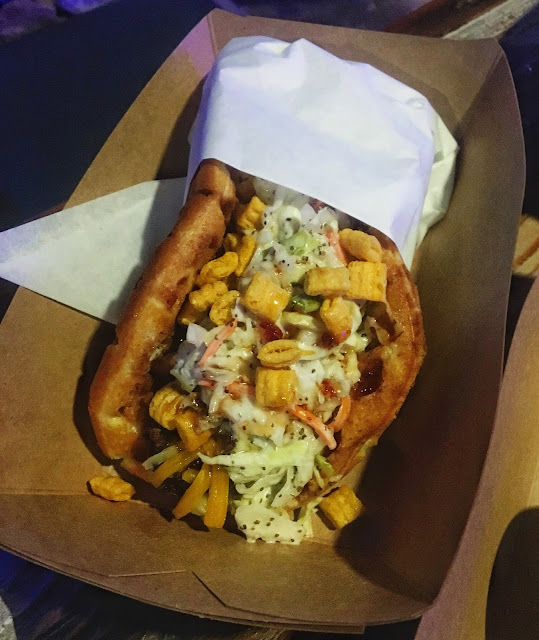 I find concept menus sometimes rely on novelty rather than flavor to sell the restaurant, but Andy’s blows that notion out of the water. From their perfectly smoked pulled pork waffle fries to the Big Tex-Mex waffle, Andy’s take on a breakfast taco, every bite is like a work of art. 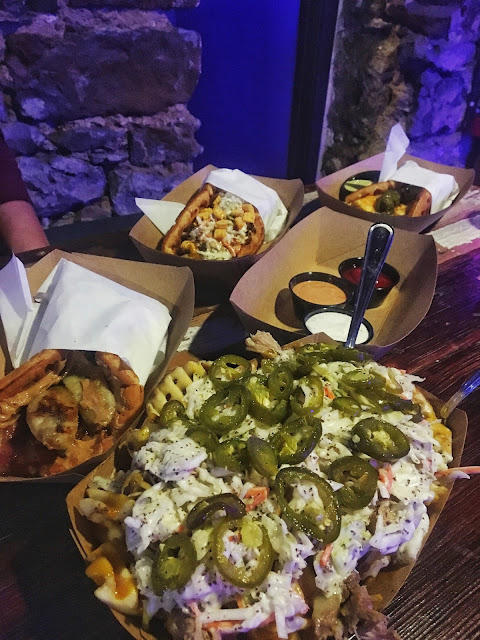 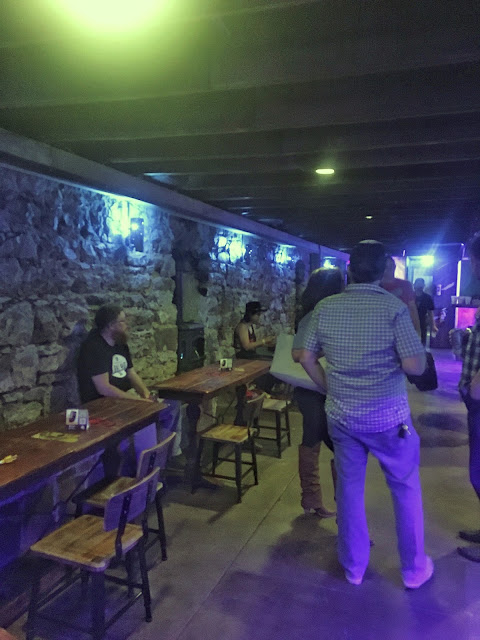 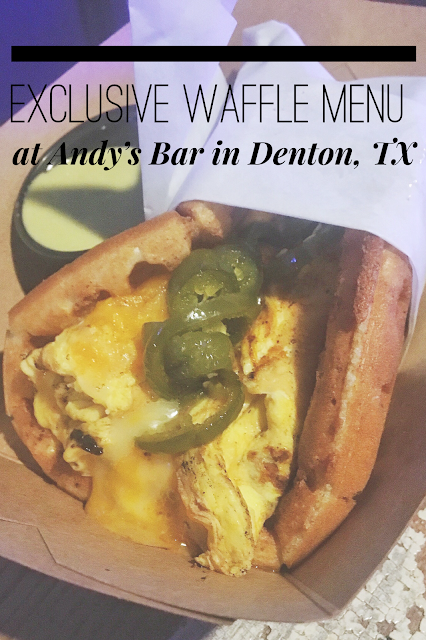