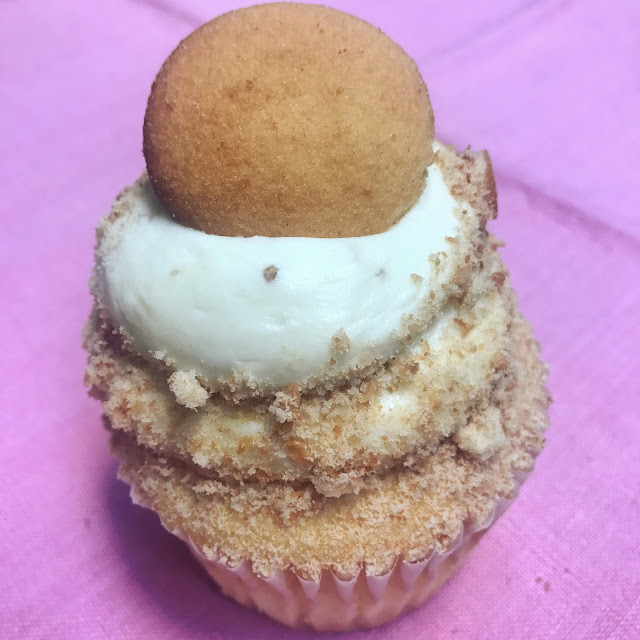 Gigi's Cupcakes nationwide launched their summer flavors earlier this season with a selection of fun, limited time flavors and I popped in to check out some of them. My favorites were the Banana Pudding, Blueberry Lemon,  and Banana Split but, with so many delicious cupcake choices with spot on frosting flavors (these are so important and so hard to master), it's hard to go wrong with anything on the menu at Gigi's. I've eaten Gigi's cupcakes for years but only recently learned the history behind the name. Looks like we both found our way to Nashville for a time, for different reasons, yet somehow we both ended up in food-loving professions.

Gigi Butler was a singer/songwriter in Nashville, Tennessee. She never in her wildest dreams imagined that she would begin what would morph into the largest, fastest growing cupcake franchise in the nation.

After spending years playing the grueling club scene in Music City, she decided that the 3 AM closing time was no longer what she wanted from life. She stopped singing to focus on her housekeeping business she began as a side job. The company became very successful, but Gigi was a creative and needed a bit more artistic energy in her life. She longed to do something she loved, something common among most of us creatives!

Fate intervened one day in NYC when Gigi's brother waited in line for 2 hours for cupcakes at a renowned place. He instantly knew that the cupcakes his sister baked were far better, and the dream was born. Gigi, a fourth generation baker, was confident in her recipes, which she worked hard to develop to perfection,  and eventually found her first storefront after much persistence, which opened in Nashville in 2008.

The day her store opened, she had only $33 left in her checking account, because of all the funds needed and loans that were taken out to begin the venture. Yet still, in the first month of business, she made enough to pay all of her bills and take home a small profit.  Gigi's popularity grew, and thus the lines did too, and today there are over 100 Gigi's Cupcakes locations in over 23 states.

Her signature icing swirl stands nearly three inches atop each cupcake. To eat, I prefer to -of course take a photo first- then set the cupcake on its side and eat with a fork. Easier to distribute icing and prevents topple. :)

Cupcakes at each location are baked on premises each morning, with a menu that changes daily. Beyond full-sized cupcakes, Gigi's also sells mini cupcakes, stuffed cookies (with frosting!), cheesecakes, and bread loaves. Custome creations are available with advanced notice.

Head to your local Gigi's for a summer flavor while they last, and support a great success story, and of course, killer cupcakes. 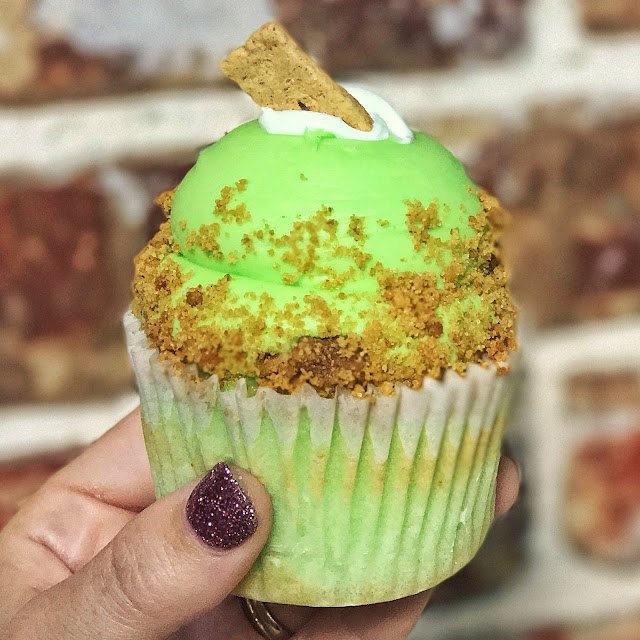 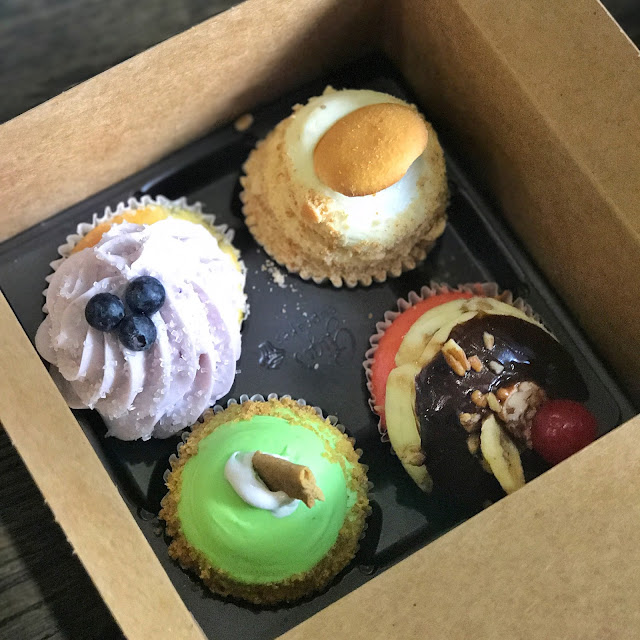 Gigi’s Cupcakes
(Check the website to find the Gigi's nearest you!) 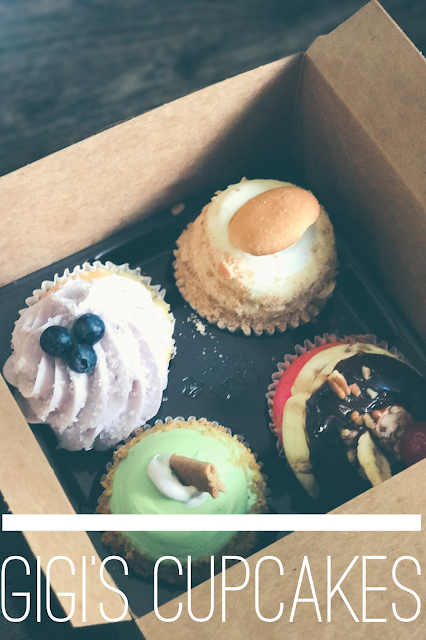