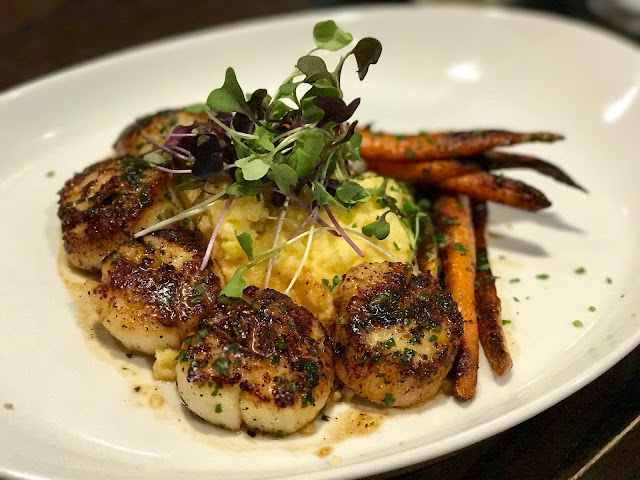 I've said this before and I'll say it again now. "Texans love them some Texas." I've been here for nearly 9 years now and can't argue that Texas isn't pretty stinkin' fantastic. "Go for the economy, stay for the husband (7 years now!) and for the food." That's apparently my motto.

I'm working on a list of where to take out of towners for their first time in Dallas. I've been trying to think of places that represent Texas cuisine to round out my compilation, and landed soundly on Texas Scratch Kitchen, to introduce visitors and friends to the favorite foods of our great state.

The Chef at Texas Scratch Kitchen has crafted a menu designed around the foods that families all around Texas have been eating for years. From Hill Country favorites to Gulf Coast influenced menu items, these dishes are dressed to the nines with Chef's creative flair and global undertones. 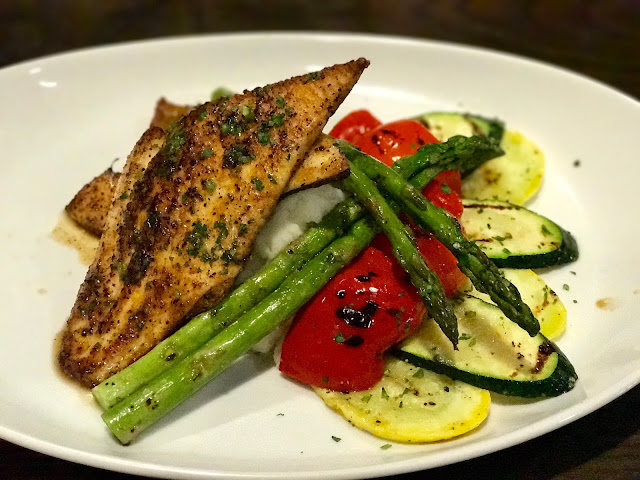 Be sure and wait to hear about the daily specials before you decide what to order, as their tantalizing special features will likely convince you to change your mind. The top two photos show a couple of the nightly seafood features on the evening of our dinner visit. The BBQ Spiced Sea Scallops were absolutely perfectly seared, and the BBQ seasoning complemented them beautifully. Scallops were served with creamy jalapeño grits and sauteed baby carrots. The other nightly feature was a seasoned Lemon Pepper trout over grilled veggies and garlic mashed potatoes. This was a perfect choice for Pescatarians or anyone who enjoys a fresh seafood dish. Entrees at Texas Scratch Kitchen are pleasing to the eye and to the palate. 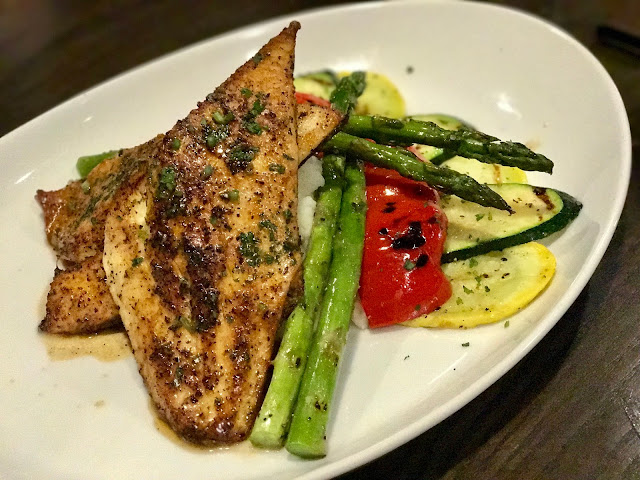 The menu is quite large and offers plenty for those not into seafood. I couldn't pass up the Wild Mushroom Fajita Quesadilla, a spinach tortilla stuffed with fajita marinated Portobello, Crimini, and Shiitake mushrooms plus roasted poblanos, onions, and cheese. Pro tip: order a side of their "Texas' Best Queso" and dip that beautifully grilled quesadilla in it for extra cheesy love. 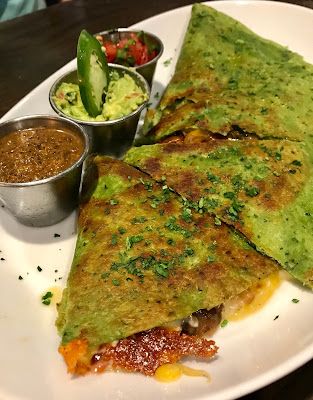 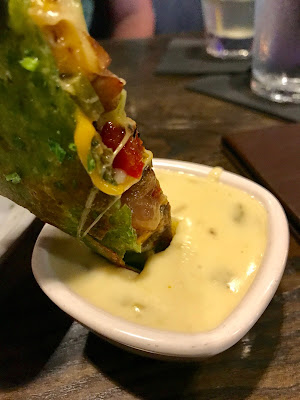 Also of note is that, while TSK has previously served only wine and beer, they're now added a fully stocked bar with some select cocktails (heavy on margaritas, because, Texas), but they'll create whatever you like. 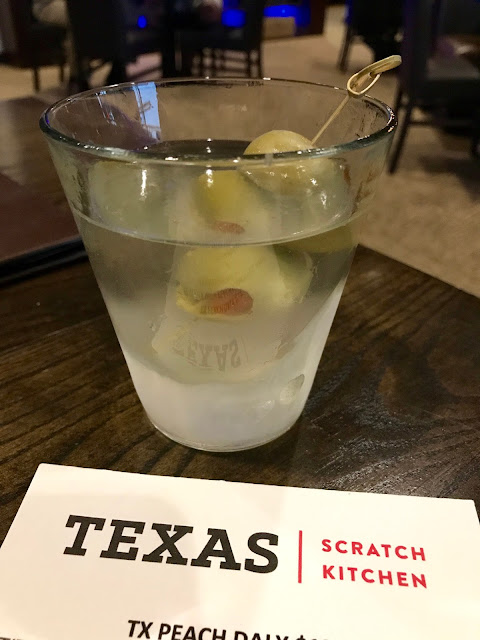 If you've room left for something sweet, they do make all of their own desserts in house. I tried to resist but eventually gave in to the seduction of the Cheesecake Sopapilla, a lightly fried sopapilla with cheesecake filling, tossed in cinnamon sugar and served with raspberry sauce and vanilla bean ice cream. Texas Scratch Kitchen also features a Vanilla Bean Creme Brûlée, White Chocolate Bread Pudding, Berry Crisp, and a Brownie to round out their dessert menu. 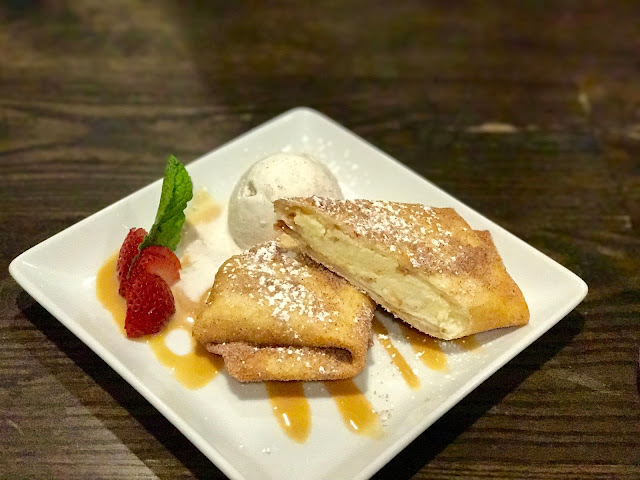 From start to finish a truly Texan culinary experience...put Texas Scratch Kitchen on your dining map. 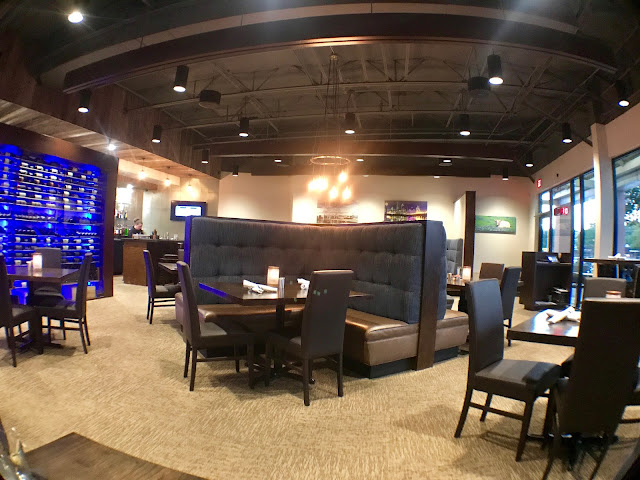 Texas Scratch Kitchen is open Monday thru Saturday from 11am - 9pm. TSK is closed on Sunday.

"If a man's from Texas, he'll tell you. If he's not, why embarrass him by asking?"