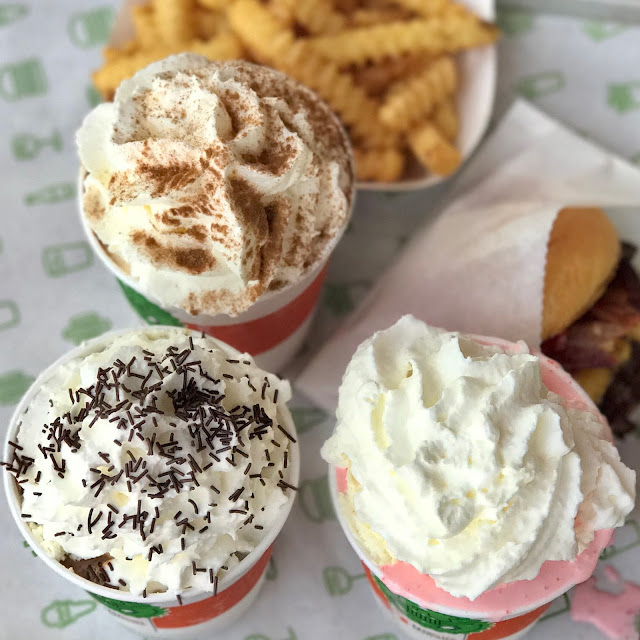 This is food news you aren't going to want to "shake off".

On May 1st, Shake Shack kicked off their 6th Annual Great American Shake Sale, which benefits No Kid Hungry.

The Great American Shake Sale is a company-wide initiative that takes place the entire month of May 2017 at most U.S. Shake Shack locations.  Their goal is to raise awareness (plus funds) for No Kid Hungry, a campaign focused on ending childhood hunger in America. No child should go hungry, but 1 in 6 kids in America are living in households without consistent access to food.

Throughout May, Shake Shack guests who donate $2 or more to No Kid Hungry will receive a card for a complimentary hand-spun shake—valued at $6.00—redeemable on their next visit. Donations will be accepted in-Shack and online at http://bit.ly/shack-donate-now. 100 percent of donations will benefit No Kid Hungry.

Donations to No Kid Hungry help connect children to the healthy food they need through essential nutrition programs like school breakfast, summer meals and classes for low-income families about healthy shopping and home cooking. Just $2 can provide kids with 20 meals. If Shake Shack reaches its goal of raising $500,000 this year, that’s 5 million meals for hungry children in America.

“The Great American Shake Sale has become such a meaningful tradition for the Shake Shack family,” said Randy Garutti, Shake Shack CEO. “No Kid Hungry’s work to end childhood hunger is more important now than ever, and we’re so grateful to team up with them for the sixth consecutive year.”

For more information about the 6th Annual Great American Shake Sale and to learn how you can get involved, please visit shakeshack.com, nokidhungry.org or http://bit.ly/shack-donate-now.
Labels: burgers charity dallas dining with delia jo give back milkshakes shake shack