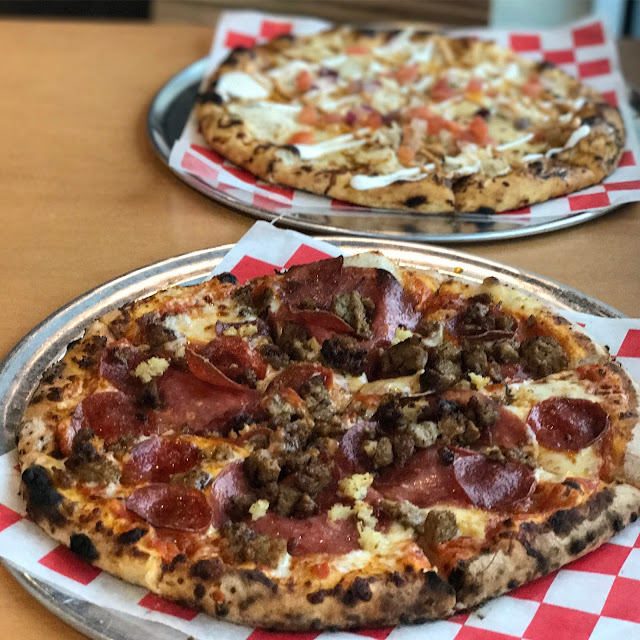 Usually pizza is just "sit down" or delivery. At Persona Pizzeria in Irving, it's your own pizza-building adventure. The limits are endless. Choose your sauce, and build to your heart's content. You do you.

The motto here (as reflected in the name) is "Pizza that fits your persona".  The concept was created by chef and CEO Glenn Cybulski, an Italian trained Pizzaiolo who has been awarded the title of World Pizza Champion on top of over 100 other culinary awards. Glenn wanted to create a concept that would be "a Chipotle of pizzas", with a serious focus on ingredients and freshness, starting with the dough. Persona begins with 00 flour, imported from Italy, which they knead in house. It's also hand stretched instead of machine pressed, and the dough is made fresh daily.

If you're not feeling inspired to dream up your own recipe, you can't go wrong choosing from one of the chef-developed creations, like the Carne or Chipotle Chicken shown in my photos. They're both delicious, and the Chipotle Chicken has the awards to prove it.

In the restaurant, you'll see a shiny, red, gas-fired Italian Marra Forni brick oven, with wood for flavor and consistent temperature. In classic Neapolitan fashion, the pies are cooked at 800 degrees for 90 seconds. The base of bricks to cook the pizza and the mixer are also imported from Italy. The mixer features a giant steel bowl, then the bowl spins while a stainless steel fork slowly kneads it.


One thing you won't find at Persona: a freezer. They chop all veggies fresh, roast their own garlic, and sauté onions in house. Meats are all cooked on site. Even the croutons for salads are made in store from sour dough bread, and each of their salad dressings and pizza sauces are all made right there.


When I asked one of the Irving franchise owners what made him decide to invest in Persona Pizza specifically, I could tell the concept was something he believes in. "Pizza is something that everybody loves," he explained. Beyond that, he quickly discovered that the quality ingredients required in the making of Neapolitan style pizza won't leave you feeling bloated and lazy all day. In fact, you can have "just one more slice", and thanks to the purity of the 00 flour, it won't slow you down like you typically expect after eating too much pizza. (Yes, I tested the theory - and he's right.)

Persona feels like the kind of place you'd want to make a regular spot for on your restaurant rotation, and its fast casual, quick-fired pies are great for families. Hit them up for Happy Hour from 4-7pm and receive discounts on their beer and wine selection.

Even though Persona is a great spot to visit, it's also of note you can have it delivered via DoorDash.com 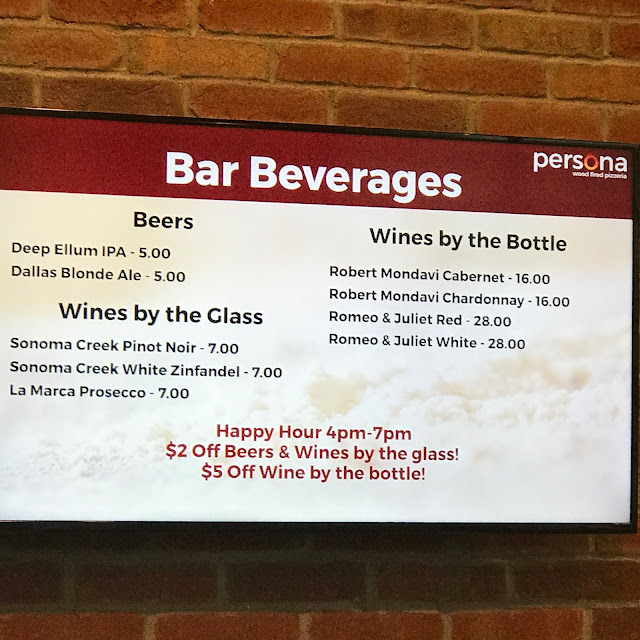